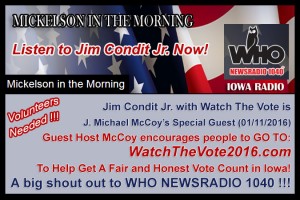 Big Radio Station in Iowa Promotes Watch The Vote – Listen to 4 min audio! We at Watch The Vote ARE the organization that forced the Iowa State GOP HQ, along with Iowa Caucus attendee, Edward True — to CHANGE THE WINNER of the Iowa Caucus in 2012 after they had announced the WRONG WINNER on Caucus night. (Erin Burnett 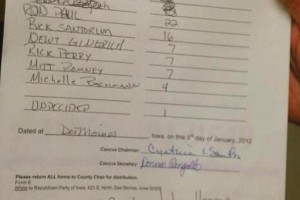